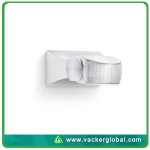 A motion sensor is a device that recognizes moving objects, especially individuals. Such a gadget is frequently incorporated as a part of a system that automatically performs a task or alerts a client of movement in a zone. Motion sensors also are known as motion detectors and have become an integral part of security systems installed in residential, commercial, and public buildings. As their name suggests, they work by sensing motion and therefore play a big role in securing a property.

An Overview of Motion Sensors

A motion sensor is simply a device that monitors and detects moving objects within its effective range and then performs a specified function such as switching electrical circuits or setting off an alarm. Such a detector could also trigger a security camera to start recording an intrusion attempt or alert law enforcement officers about a break-in. In other words, a motion detector registers change in its field of view environment. This change could be a disturbance of radio waves, ultrasonic sound waves, motion sensor light, or detecting an increase in infrared energy. Motions sensors can use one or multiple technologies to detect any movement in its range of vision. 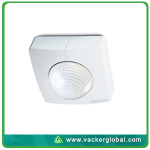 There are two types of sensors available on the market today: passive and active. A passive sensor monitors changes in the surrounding environment without emitting energy. Active sensors emit energy, such as infrared motion sensor light or microwave radiation, to identify motion in their field of view.

Passive infrared sensors contain pyroelectric material that generates electricity whenever it detects infrared radiation. When this happens, the sensors could trigger a burglar alarm or any other connected security device, or lighting circuits for example. This type of motion sensing technology is highly sensitive to heat generated by humans and animals at mid-infrared wavelengths. At this point, it is worth noting that a PIR sensor does not emit energy to detect motion. Instead, it simply contrasts body heat/temperature with temperature in the surrounding environment. 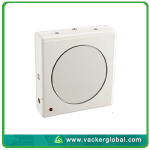 Microwave motion sensors emit microwave pulses and then measure the change in reflected pulses to determine whether there is an object moving in its field of view or not. A major advantage associated with a detector that uses microwave technology is it covers a larger area than one that uses infrared technology. Nevertheless, this type of technology is vulnerable to electrical interference. In addition, microwave pulses can pass through nonmetallic objects meaning they can detect motion beyond their intended range. Another major downside is most manufacturers design microwave sensors to cycle on and off because they use a lot of electricity. This means an intruder with a good grasp of these on-off cycles can get past such a sensor undetected.

Tomographic detectors emit radio waves and measure disturbances as these waves pass from one point/node to another in a network. It is worth noting that radio waves can pass through inanimate objects such as walls. Overall, tomographic motion-sensing technology is very expensive. For that reason, you are likely to come across this type of technology in commercial buildings, warehouses, storage units, or high-end properties.

Dual technology motion sensors employ a combination of two motion-sensing technologies. For example, consider a combination of a microwave and a passive infrared sensor. This combination of multiple sensors reduces the likelihood of false alarms because both sensors have to register motion to trigger a security alarm. This way the advantages of both the technologies are incorporated in the same device.

A sensor using this technology emits infrared rays and then measures the distance to a moving object. If this object is within its designated range, it will trigger a security alarm or perform a specified function.

What are motion sensor lights? 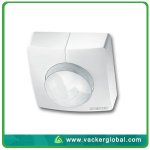 It is worth noting that motion sensors are not error-proof. In other words, they can generate false alarms irrespective of the type of technology in play. Possible causes of false alarms include power surges, lightning, electrical failures, poor or erroneous wiring, insects, foliage, and faulty detectors. With this in mind, there are certain factors you should consider when installing a motion sensor. First, read manufacturer’s instructions carefully.
Next, it is advisable to keep sensors that use PIR technology at least 10-15 feet from radiators, heating vents, and areas where sunlight tends to fall. This is because PIR sensors tend to generate false alarms when they detect swift changes in heat. For instance, a cloud passing quickly overhead may cause this problem. Car headlights also tend to affect PIR sensors.
A motion sensor is selected mainly by the area of coverage required and the type of technology. The sensor used for a small room and a big room will be different by the distance of vicinity. If a motion sensor suitable for a small room is used a big room, the sensor will be able to detect only a small area around the motion sensor. The distance of vicinity of a motion sensor can be defined in feet or meters. A motion detector with 360 Degree, 20-meter coverage means it can detect 20 meters from the installation point at all angles.

What are blind spots of motion sensors and how to avoid them?

Additionally, go for a motion sensor with dual motion-sensing technology if you are worried about blind spots. The majority of motion detectors tend to have blind spots, meaning they could fail to trigger security alarms during a burglary or unauthorized entry. A good example is a motion detector that uses PIR technology. It cannot detect a person or object moving towards it in a straight line. In this case, a motion sensor that combines multiple technologies would come in handy. Alternatively, install sensors in such a way that people would have to walk past, not towards them.
Finally, install motion sensors at entry or “choke” points. These are areas where people have to walk through or past such as doors, hallways, and stairwells. This will increase the likelihood of an intruder triggering a security alarm.

Some of the main benefits of installing motion sensors include:
Energy saving: This is one of the most important applications of motion sensors. Various electric items such as lights, fan AC, etc. can be automatically switched OFF if there are no occupants in the particular room. Hence manual switching ON and OFF of these circuits is not required.
Security systems: Properly installed motion sensors will detect intruders. A burglar is unlikely to stick around after triggering an alarm. Also, CCTV cameras can be activated upon detecting an intruder.
Home insurance discounts: Many insurers give discounts to homeowners who take steps to deter potential intruders.
Enhanced neighborhood security: Intruders tend to give a wide berth to a neighborhood where residents have installed security systems such as motion sensors.

Motion sensors are widely used in green buildings, commercial and residential buildings, offices, homes etc. for saving electrical energy. Substantial energy saving has been proved by proper usage of various types of motion sensors.
Also, Motion sensors can make it hard for burglars to break into your home because they monitor changes in their environment and if there is a change, trigger a security alarm or alert law enforcement officers. To achieve this goal, they rely on motion sensors utilizing technologies such as Passive Infrared (PIR), microwave, ultrasonic, and tomographic waves.